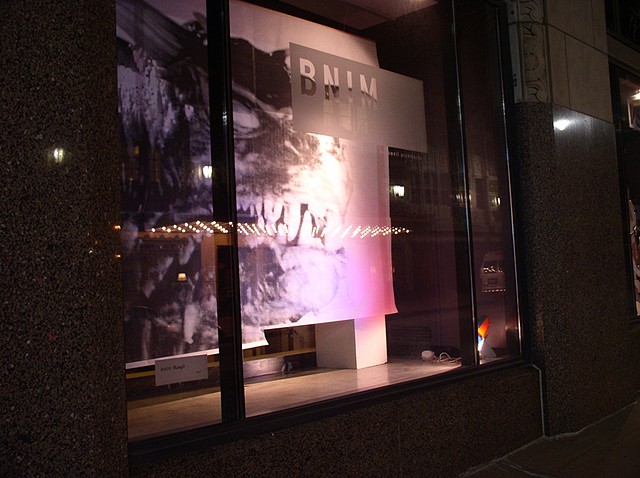 Installed at the Power and Light Building in downtown Kansas City as part of Culture of the Copy, an installation exhibition in conjunction with the 2007 Southern Graphics Council Conference. About a dozen or so people were given a window in which to install their art. I decided to draw from the building itself which I have always been somewhat facinated with. I think its a pretty common misconception that this building is the one seen in Ghostbusters. Reinforcing this misconception I used an image of the dog-like creature known as Zuul from the movie with a cycling four color light similar to the one shining on the plinth at the top of the building. The image is composed of nine large scale black and white photocopies put together.

Additional image: 1 An image of the two buildings can be seen here. (images courtesy of wikimedia)