This image is based on a dream I had in which I was driving west towards Utah on Interstate 70. As I approached the state line I saw this sign. I looked beside me and sitting on the passenger seat was a box of a dozen doughtnuts. Not wanting to break any laws I quickly stopped the car and proceeded to eat all of the doughnuts before continuing. Later I stopped at a gas station and asked someone why doughnuts were not allowed. I was told that the doughnut hole was considered to much of a sexual temptation for the men of Utah. 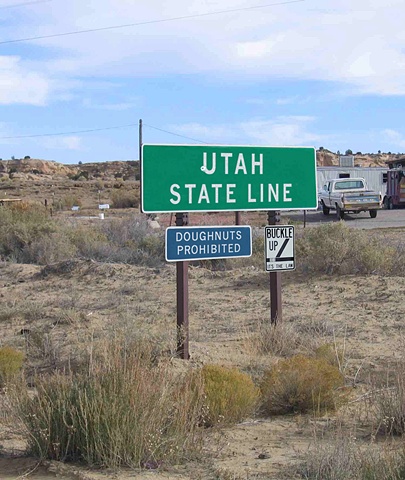